Rocky Mehta, Owner of West Penn Hardwoods traveled to Brazil last year to source an amazing Brazilian Pequia burl log. This log was dead but still standing. According to the land owner, the tree has been dead for over 60 years. The Pequia burl log was in a open swampy field and was the only standing tree. Even though it was dead, proper government permits had to be obtained in order to cut this tree down. This process took many months.

Finally, with permits in order, the log was cut down and transported to the sawmill. The outside of the log was completely covered in burls. It is believed the burls formed after the tree was already dead. The center of the log was hollow from years of decay.

When they cut into the log the sawyers were shocked to see the burl figure throughout the whole log. The trunk was 10′ in diameter, so large that there wasn’t a saw large enough to cut it. The largest saw at the mill was 52″. The trunk had to be split into four sections in order to slice the slabs.

Once the log was sawn it was shipped to the West Penn Hardwoods facility in Conover, North Carolina. Here it is currently being air dried to ensure stable slabs once they are sold. A majority of this log has been sold to Woodcraft Supply LLC who plans to distribute it through their franchise store network later this year. 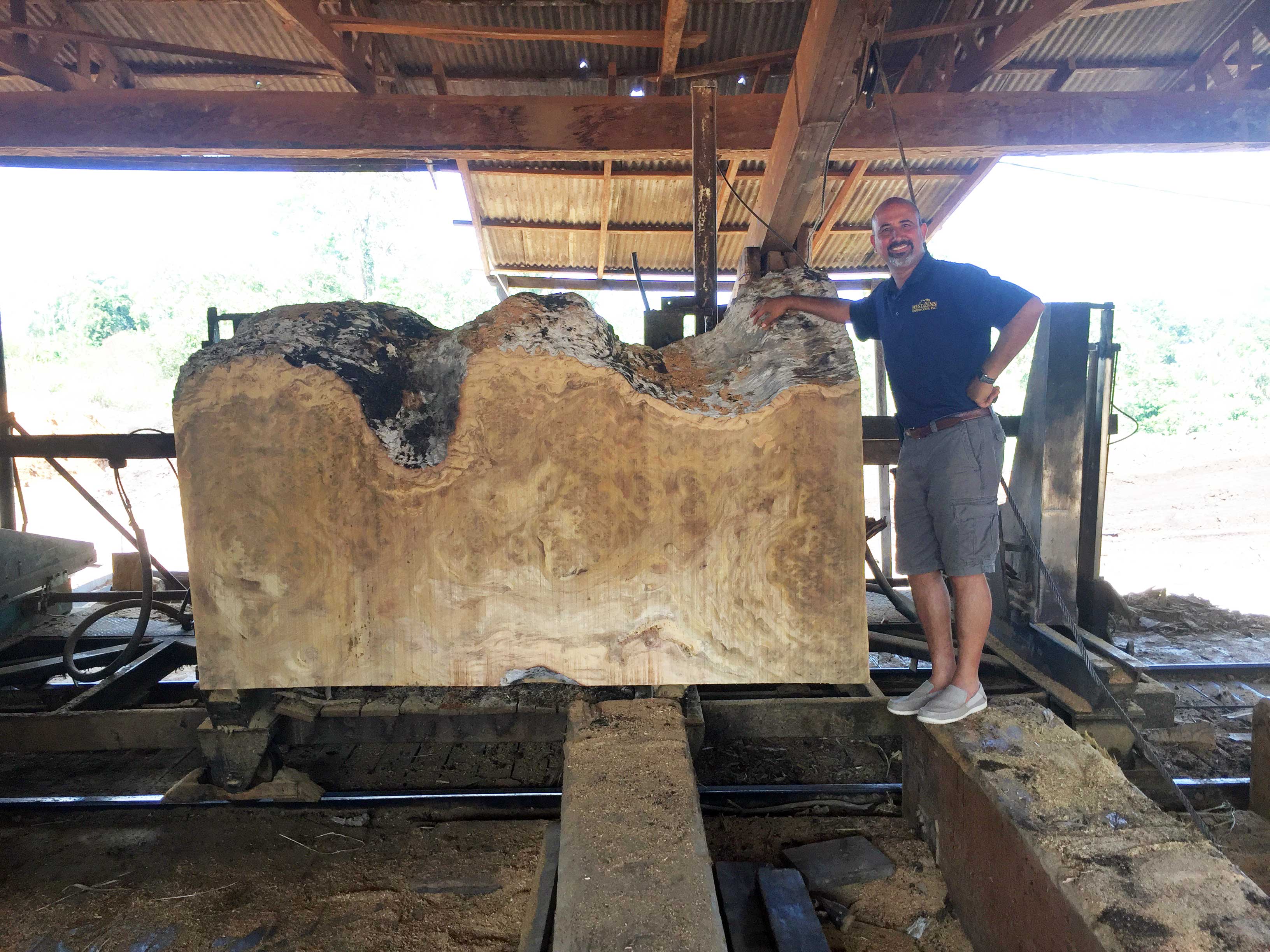