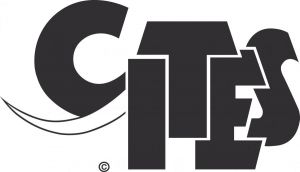 The issue and ethics surrounding the utilization of trees for lumber is oftentimes both expansive and ambiguous. Not only are there questions of sustainability (i.e., given the current rate of harvesting, can a particular species continue to reproduce at a sustainable rate so that demand will not outstrip supply?), but there’s also the matter of habitat destruction (i.e., even if a tree species can be sustainably harvested from the wild, would doing so destroy or endanger other species in the same habitat?).

Further mixed into this murky cocktail is the fact that for some countries—especially poorer third-world countries—lumber is big business, and placing a restriction on such a lucrative sector of their commerce would be seen as counter-productive, and consequently actual or potential levels of exploitation may not be easily or readily discovered.

However, despite the complexity of the issue, and the incomplete or even possibly faulty data, some information is better than no information. With these shortcomings in mind, there are two international entities that will be used and cited on this website, CITES and the IUCN.

An international agreement between governments was formed in 1973, called the Convention on International Trade of Endangered Species, or CITES for short. CITES has three different levels of protection for species, known as Appendices.

Appendix I – This appendix represents species that are in the most danger and are considered to be threatened with extinction, and are consequently the most restricted in international trade.

Appendix II – This appendix contains species that are at risk in the wild, but not necessarily threatened with extinction. Species in this appendix are closely regulated, but are typically not as restricted as Appendix I. Appendix III – This appendix contains species that a certain country (called a “party” within CITES), has voluntarily requested to be regulated in order to help preserve the species in question. Appendix III species regulation is only applicable for the specific party that has requested its inclusion, and is therefore much less restrictive than Appendix I or II.

Although there are literally thousands of plant species protected under CITES, only a portion of these species are trees, and of the included tree species, only a relatively small portion of them are actually used as lumber. Thus, the list below is a condensed and simplified version of the CITES Appendices, including only the species of trees that are typically used or harvested for lumber. Jan 2, 2017 update: Coming up at the beginning of 2017, there are a few big changes set to go into effect on the CITES appendices. Most notably, the entire Dalbergia genus (all true rosewoods) will be on Appendix II. Also, Bubinga will be listed under Appendix II, and appears that this will also include finished products made from the wood as well.

The issue and ethics surrounding the utilization of trees for lumber is oftentimes both expansive and ambiguous. Not only are there questions of sustainability (i.e., given the current rate of harvesting, can a particular species continue to reproduce at a sustainable rate so that demand will not outstrip supply?), but there’s also the matter of habitat destruction (i.e., even if a tree species can be sustainably harvested from the wild, would doing so destroy or endanger other species in the same habitat?).

Note that a listing generally means that trade of the raw wood, either in log, board, or veneer form, is restricted. On some species, the restriction is even greater, and includes even finished products made of or including a protected wood: one of the most common instances of this is with guitars made of Brazilian Rosewood. In these instances, it is illegal to take such items across international borders without a proper export permit.

If you believe that the wood or finished wood product was harvested/made before the date of the CITES listing, you still cannot legally travel with or export the wood unless you have written proof or other evidence that it was obtained before the listing date. If you have the required evidence, and are willing to pay a processing fee and wait 2-3 months for processing, then you may be eligible for a Pre-Convention Certificate.

In most cases, importing/exporting raw wood listed on CITES Appendices I or II can be complicated and costly, and in most cases, is neither legal nor encouraged. Some wood is further restricted to include even finished wood products, and in all but the most exceptional cases, is not recommended.

If ever in doubt on such complicated issues, be sure to consult proper authorities to get a matter clarified. • CITES • United States Fish and Wildlife Service

For more information and research please follow the link below.
CITES.ORG

IUCN Founded in 1948, the International Union for Conservation of Nature (or IUCN for short) is both the oldest and largest network dealing with global environmental issues. Perhaps most notably for woodworkers, the IUCN publishes what is known as The IUCN Red List of Threatened Species™.

Species included on the Red List fall into one of three categories:

It should be noted that “the immediate future” here is relative: the IUCN uses the gauge of three generations to determine a species’ rate of depletion. With mammals and other shorter-lived organisms, this tri-generational window may only be a few years or decades. However, since trees can be extremely long-lived, (several decades or even centuries for a single generation), the overall timeline for endangered trees is generally more drawn-out than other endangered species.

In addition to the three listed categories above, there are also a few other assessments that the IUCN makes on species: